The town of Ptuj is not only known for the healing thermo-mineral water springs of the Ptuj Thermal Spa, but also for the abundant history and culture. 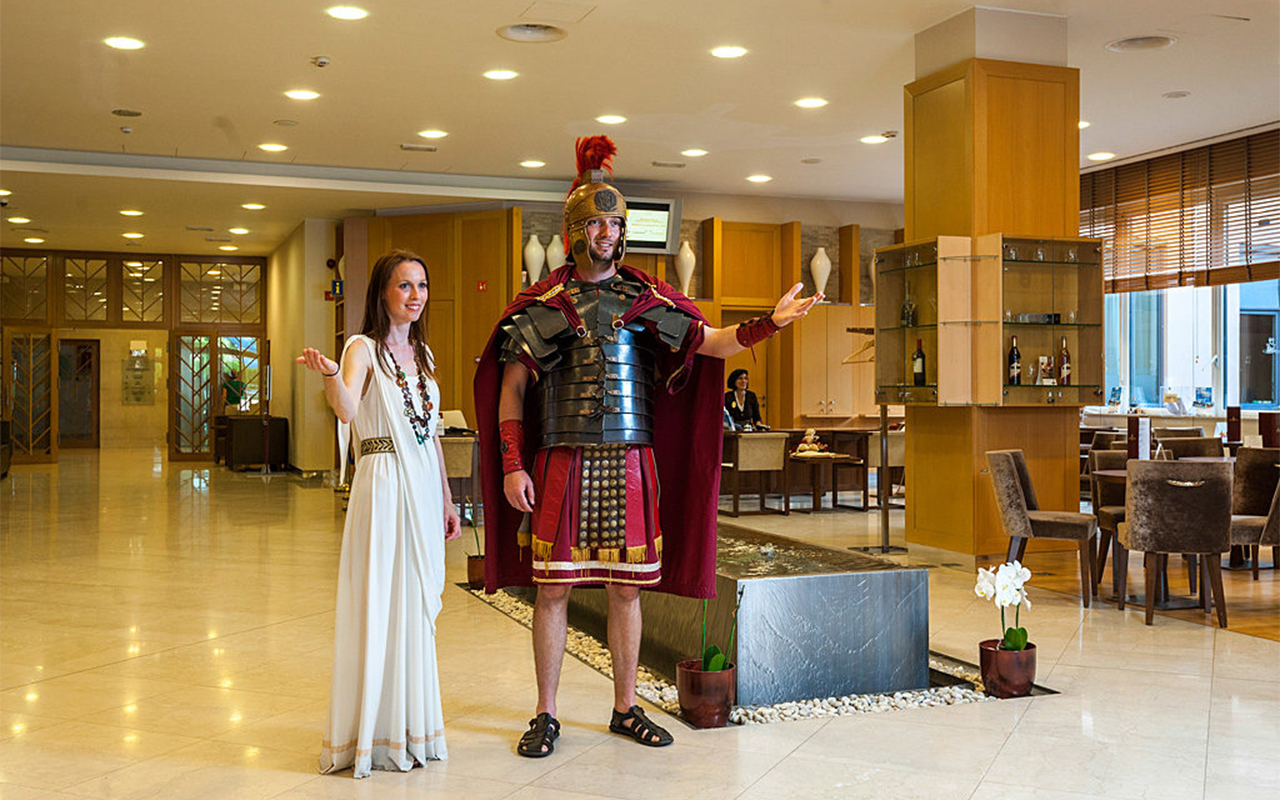 The town of Ptuj is not only known for the healing thermo-mineral water springs of the Ptuj Thermal Spa, but also for the abundant history and culture. SPA-CE tradeshow’s hosted buyers, for example, have an opportunity to be pulled into two unique stories that lead into a different world and time.

Firstly, the oldest Slovenian town still offers a possibility to meet some of the residents from 2000 years ago when Ptuj was a flourishing Roman town called Petovio. Local Association for Roman History and Culture organises gatherings of Roman gladiators, legionaries, senators, Vestals, harpists, and other Petovians. The spectator is hypnotically pulled back in time.

In addition, one can face Kurents – the hair-raising carnival figures with a rich etnographic cultural heritage being considered for UNESCO World Heritage List. Kurents, the most famous of Ptuj’s symbols, every February chase away the Winter and welcome the Spring through jumping and cowbell ringing dance. Although rather scary on the first sight, their loud and joyous presence takes one into colourful other-worldly dimensions. Ptuj’s Tourist Information Centre recently opened an exhibition room where Kurent’s mystical mask in its real size and looks greets a mystified visitor.

Certainly, exploring Ptuj through a historical lens adds value to a personal experience of this culturally rich town.