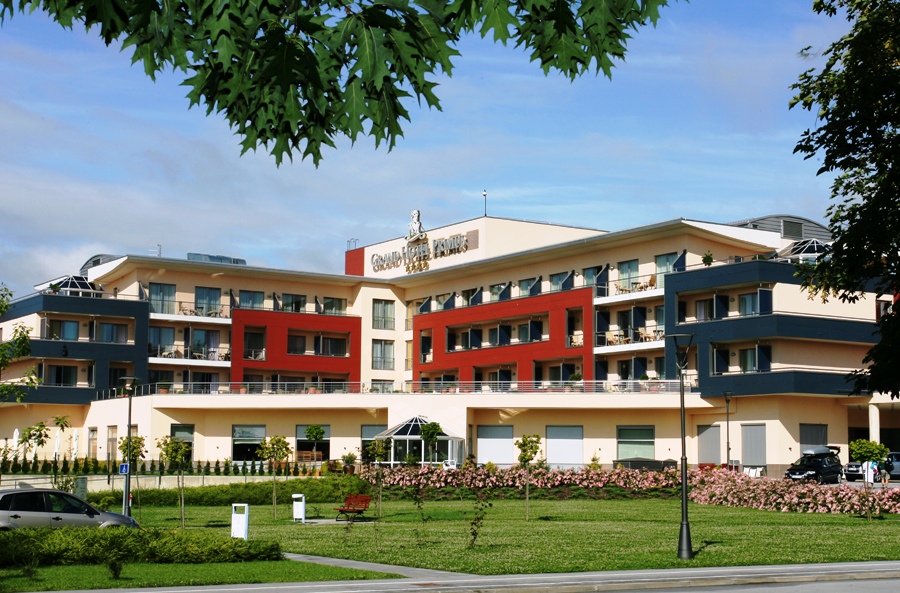 The Grand Hotel Primus in the Ptuj Spa Resort is named after the famous Roman Empire general Marcus Antonius Primus who made known the name of Ptuj throughout the world. The rich Roman past can be felt everywhere in the hotel. It represents one of the main part of the Ptuj Thermal Spa, located in the oldest Slovenian town which attracts visitors thanks to its rich cultural and historic heritage, culinary delicacies and healing thermal water. The Spa offers various accodomation options: hotel, apartments, bungalows, holiday houses and a campsite. The Four tar hotel was opened in October 2007. The most attractive parts of the hotel are presented by Valens Augusta Wellness, Gemina XIII Club and congress facilities.

All the 119 air-conditioned and comfortably equipped rooms, among which there are three luxury suites, include a cable LCD TV set, the Internet connection, a telephone, a safe, a mini bar, a bathroom (a tub with thermal water/massage shower) . For the organization of different high-level events there are day-lit conference rooms with a view of Ptuj and its surroundings. Multifunctional conference halls and conference rooms provided with up-to-date technical equipment can hold from 20 to 220 people.